This short article aims to show that the conversations and transactions between the Father and the Son point to the reality of the mutual existence of the persons in the Godhead. Most of this article is drawn from the writings of “the disciple whom Jesus loved,” the Apostle John. More specifically, most of the focus is on Christ’s “high priestly prayer,” the night before going to the cross, which Jesus addressed to his Father in heaven:

ESV John 17:1–3 —  When Jesus had spoken these words, he lifted up his eyes to heaven, and said, “Father, the hour has come; glorify your Son that the Son may glorify you,  since you have given him authority over all flesh, to give eternal life to all whom you have given him.  And this is eternal life, that they know you, the only true God, and Jesus Christ whom you have sent.

Here the Son makes requests of his Father. He points to their interrelationship, the distinction of persons within the Godhead, and speaks of the mission that his Father has given him to provide eternal life. 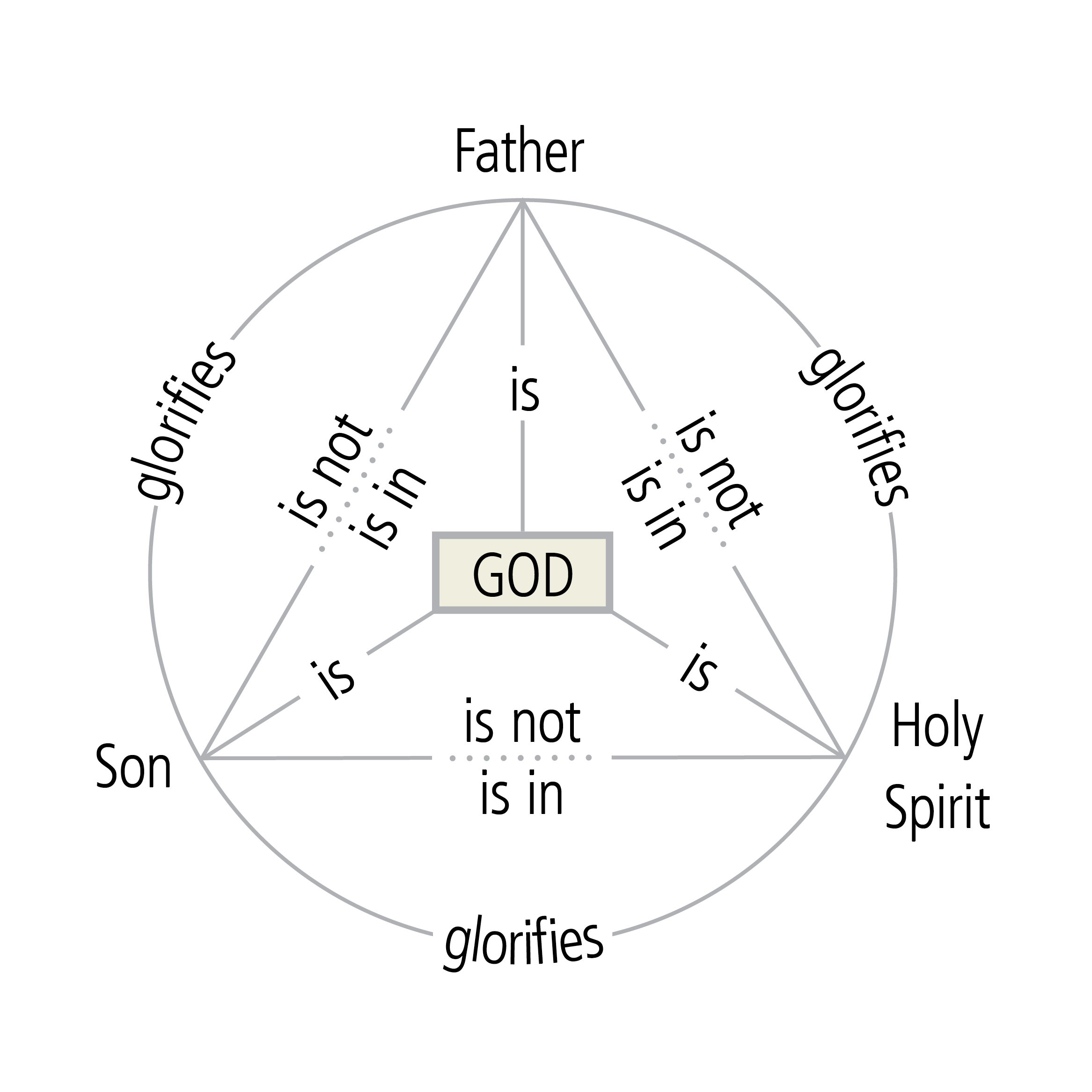 Three Persons, but Only One God

These distinctions between the persons are further laid out in the verses which follow:

Then Jesus makes the astounding statement that he was with the Father before the world existed:

ESV John 17:5 —  And now, Father, glorify me in your own presence with the glory that I had with you before the world existed.

Furthermore, eternal life is inextrincably bound up in a relationship with the Father and with the Son:

ESV John 17:3 —  And this is eternal life, that they know you, the only true God, and Jesus Christ whom you have sent.

Jesus here defines eternal life. It is knowing the only true God AND Jesus Christ whom God has sent. It is a knowledge of BOTH the Father AND the Son. The Apostle John emphasizes this truth in his First Epistle when he writes:

ESV 1 John 1:3 — that which we have seen and heard we proclaim also to you, so that you too may have fellowship with us; and indeed our fellowship is with the Father and with his Son Jesus Christ.

“Indeed our fellowship is with the Father
and with his Son Jesus Christ.”

John goes on to explain that this is the message that his readers heard from the beginning. If this truth abides in them—and in us—then they and we “will abide in the Son and in the Father” (v. 24). This again shows that our fellowship is with both the Father and with his Son as John said in 1 John 1:3.

The Apostle John insists on this truth in no uncertain terms in his Second Letter:

ESV 2 John 9–11 — Everyone who goes on ahead and does not abide in the teaching of Christ, does not have God. Whoever abides in the teaching has both the Father and the Son. 10 If anyone comes to you and does not bring this teaching, do not receive him into your house or give him any greeting, 11 for whoever greets him takes part in his wicked works.

Apparently some felt that they were more progressive and advanced (v. 9). They went “on ahead” and did not hold to this teaching about Christ being sent into the world by his Father so that through the Son we might have eternal life. They felt that the doctrine or teaching about the Son was not necessary; having God was enough. The Apostle John warns that these progressive teachers who do not hold on to the Son “do not have God.” But “whoever abides in the teaching has both the Father and the Son.” Both… and… Not just the Father, but also the Son.

On virtually every page of the New Testament, we see the Father and the Son and the Holy Spirit —the one true God— working together in perfect harmony to bring about the fulfillment of “the eternal purpose that he has realized in Christ Jesus our Lord” (Ephesians 3:11).

ESV John 17:3 — And this is eternal life,
that they know you, the only true God,
and Jesus Christ whom you have sent.

Messages by J. Gary Ellison. Servant of one Master. Husband of one wife and that since 1982. Father of two children. It has been our happy privilege to train pastors in Africa, Europe, and the South Pacific since 1983.

The AUTHORITY behind the Imperative!

International America, Nations Among Us

Make A Path And Open The Door!